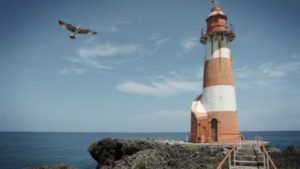 Jamaica’s first lighthouse was built in 1841, but they have been around for centuries. Guiding ships into ports and protecting them from dangerous reefs.

Many people don’t know their significance or care. I was once such a person. Since discovering the movie “Light House,” I started taking notice of these unique monuments. They are prominent and hard to miss.

Lighthouses have developed from a fire on a hill that guides ships into ports to sophisticated signaling equipment controlled remotely. Construction of these monuments adapts to improvements in technology, getting better with each advancement.

In ancient times lighthouse functioned as a marker for port entrance rather than warming from dangerous reefs and rocks. However, the transatlantic trade caused a shift in the early eighteen century. They became important tools to assist ships with navigation and warn them of hazards.

There was an explosion in construction to keep up with the rapid expansion of the shipping industry. Improvements in technology made it possible to construct more power lighthouses.

As navigation technology improved in the twentieth century, reliance on lighthouses declined. They are expensive to maintain and are not profitable. So they use a cheaper alternative.

The modern construction method and automation eliminated the need for lighthouse keepers. There is no need for regular servicing, so a full-time worker is unnecessary.

Despite the reduction in numbers, there are still many worldwide. Some still perform their original function, while others serve sites and tourist attractions.

The history of lighthouses in Jamaica

Although Jamaica was a major transshipment hub, the first lighthouse did not come to the island until 1841, seven years after emancipation. A crew of free African men built it. These men were among free Africans who came to Jamaica after the British abolished slavery. Morant Point in Saint Thomas is where this monument is located.

It was the first in the western hemisphere to use cast iron for construction. Alexander Gordon designed the Morant Point lighthouse, which George Grove constructed.

The Jamaica National Heritage Trust lists this lighthouse as a monument of considerable importance to historians and industrial technology.

The seven lighthouses protected by the Jamaica National Heritage Trust (JNHT) all have a unique history.

Folly Point Lighthouse was built in 1888 in the parish of Portland. The fireproofed tower is masonry constructed. It flashes a white light of 2 seconds duration followed by 8 seconds of darkness. The light is visible for a distance of thirteen miles.

Folly lighthouse is popular with tourists that visit Portland. They also visit the folly ruins, which is an abandoned mansion built in the early 1900s.

Built in 1853, eleven years after the Morant Point lighthouse, it is the second oldest on the Island. Since its construction, the lights have only gone out once. That was during the 1907 earthquake.

Local sandstone makes the bottom half, while cast iron constructs the top. Plumb Point Lighthouse has two lights, a red beam pointing in a southerly direction and a white light pointing in an easterly direction.

At the extreme western end of the Island is the Negril Point Lighthouse. This white 66 feet tall concrete tower, light is elevated 100 feet above sea level. The lighthouse has an automatic white light that flashes every two seconds.

The French company Bubbler & Bernard built the Negril Lighthouse in 1894 on a tank 14 feet deep. They fill this tank with water to keep the tower balanced and secure in an earthquake.

This cylindrical tower has an elaborate light enclosed in a metal and glass protector. The Negril Lighthouse uses solar energy.

Tourists often visit this lighthouse; you can also view it from Ricks Cafe.

Lover’s Leap Lighthouse is in Saint Elizabeth and is the most recent lighthouse built in Jamaica by the Port Authority. Standing at approximately 1600 feet above sea level. Three sources powered this lighthouse, electricity, a generator, and a set of batteries. There is an observatory deck and restaurants nearby.

The Portland Point Lighthouse is in Clarendon. It has the highest tower on the Island, standing at 145 feet. This lighthouse is at latitude 170 44′ 9″ north and 770 9′ 58″ west on the summit of the Portland Ridge, near the southernmost point of the Island. The Tower flashes a white light every 15 seconds.

Near Port Maria in Saint Mary is the Galina Lighthouse. This tower is over 40 feet high, made of concrete, and painted white. The light is approximately 60 feet above sea level. This Lighthouse flashes a white light of 1.2 seconds duration, followed by 10.8 seconds of darkness.

Negril Point Lighthouse is the best place to explore if you are on the north coast. It is a superb place to watch the sunset.

A caretaker will be happy to give you a tour; however, it might come at a minimal cost.

Hop over to Rick’s Cafe, go for a dive, drink, and watch the sunset.

Plumb Point Lighthouse is perfect if you are in Kingston. There are plans to develop it as a tourist attraction. You might not get access to this property from the primary entrance. However, you can enter from the shoreline. Port Royal is about 15 minutes away.

For those in Portland or Saint Mary, Folly Lighthouse is an excellent place to start your exploration. It is possible to get close to this monument, but the doors are closed, and there is no caretaker. While there, check out Folly ruins, or take a boat ride to Monkey Island.

Of all the lighthouses mentioned, Lover’s leap lighthouse is the only one developed to accommodate tourists. There is an observatory where you can view the rugged coastline. Restaurants are on the property, and a trail goes down to the sea.

Thanks for stopping by.