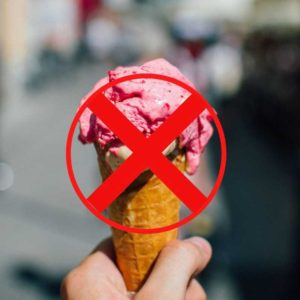 Have you ever been to the airport and thought, “I wonder if I can bring this on the plane?” Well, don’t worry; you’re not alone. Every year, the TSA (Transportation Security Administration) confiscates thousands of items from passengers’ luggage that are either prohibited or restricted. So to save you the trouble (and embarrassment) of having to forfeit your belongings at the security checkpoint, we’ve compiled a list of items that are banned from carry-on and checked luggage.

Liquids, Gels, and Aerosols are items you can’t bring on a plane

You’re probably familiar with the 3-1-1 rule for liquids, gels, and aerosols:

But did you know that there are some exceptions to this rule? Baby formula and breast milk, for example, are exempt from the 3-1-1 limit—but you’ll need to declare them to a TSA officer at the checkpoint. Medications are also allowed in larger quantities than other liquids. Pack them in their original containers and bring a doctor’s note describing why you need them.

You can’t bring pointed objects on a plane.

Items like knitting needles and metal skewers might seem harmless enough, but they can threaten the safety of aircraft crew and passengers if misused.

As a general rule of thumb, anything that can go through the center of a toilet paper roll cannot go on an airplane. However, there are some exceptions to this rule—safety razor blades (for shaving), tweezers, and disposable razor kits are all permitted in carry-on bags.

Firearms and Ammunition are some items you can’t bring on a plane.

Firearms—including pistols, revolvers, rifles, shotguns, and pellet guns—are not allowed in either carry-on or checked luggage. Therefore, if you’re carrying Ammunition for a firearm on your trip, it must be packed in checked baggage and declared to a TSA officer during the screening process. It’s also worth mentioning that Ammunition is subject to the same 50-pound weight limit as other checked baggage items.

The transportation of firearm rule above only applies to domestic flights in the USA. For international flights, the rules are different. Gun laws are much stricter in other countries, and guns may only allow for sports or hunting. You will also need special permits.

Check the gun laws specific to the country you want to visit.

Many US citizens traveling to places like Jamaica with firearms or bullets in their luggage or on their person have gotten into trouble.

Some countries have strict gun control laws; you can be imprisoned, even with a single bullet. The most famous case recently is an American YouTuber caught trying to pass through Mobay Airport with a gun.

Self-Defense Sprays are not allowed on a plane.

Mace and pepper spray are classified as weapons by the TSA—so leave them home before heading to the airport. Traveling with self-defense spray must be placed in checked luggage (under the 50-pound weight limit).

If you’re looking for a way to ward off would-be attackers, consider investing in some personal safety devices like a door stop alarm or personal alarm keychain instead.

They dont allow skillets on an airplane.

Even if your skillet is made of cast iron and weighs a ton, it, unfortunately, cannot come with you on the plane. The good news is that most hotels will have one you can borrow (don’t forget to return it before you leave!).

Snow globes have to be in your checked luggage.

Snow globes may seem innocuous, but they’re filled with liquid that is not allowed on airplanes. If you must bring a snow globe, ensure it’s packed securely in your checked luggage.

Lighter fluid is prohibited on airplanes.

Lighter fluid is considered hazardous material and is not allowed on airplanes in either carry-on or checked baggage. So if you’re planning on cooking while you’re away from home, pick up some lighter fluid before leaving.

Hockey sticks are considered sporting equipment and are not allowed as carry-on items. If traveling with a stick, make sure it’s packed securely in your checked baggage.

Skis are oversized items and must be stored in the overhead bin or checked at the gate. Fees for checking skis vary by airline, so check with your carrier before you travel.

Ice cream is not allowed through airport security.

Believe it or not, the TSA considers ice cream a frozen liquid and is not allowed through security in its original container. However, if you pack it in a cooler with dry ice, it should be fine (make sure the dry ice doesn’t melt before you get to your destination!)

Batteries are considered hazardous materials and must be packed in your carry-on bag so that they can be easily accessed by security if necessary. Pack them securely so they don’t short-circuit and damage your other belongings.

Magnets can interfere with the plane’s navigation system

Magnets are often used in therapy for people with arthritis pain. But unfortunately, they’re also considered dangerous because they can interfere with the plane’s navigation system. So if you must bring magnets with you, ensure they’re packed securely and keep them away from electronic devices.

Five more items you can’t bring on an airplane

3. Battery-powered devices that may pose a fire risk

4. Sporting goods that could be used as weapons

While there are certainly some things you can’t take on an airplane, that doesn’t mean flying has to be a drag. With some planning, you can easily avoid packing any prohibited items and make your next flight as smooth as possible.