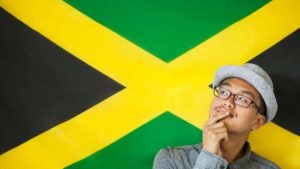 Jamaica, the largest island in the English Speaking Caribbean, is home to more than 2.7 million people from various ethnic backgrounds.

The island is known for its warm climax, stunning beaches, all-inclusive resorts, friendly people, reggae music, and the fastest humans on the planet.

English is Jamaica’s official langue, but Patois is the dialect most Jamaicans speak.

It is hard to imagine Jamaica without the two most famous sons, Bob Marley and Usain Bolt, and their exploits in Reggae music and Track and Field.

Let us explore some interesting facts about this fascinating Caribbean nation.

It is called “Xaymaca” by its first inhabitants, the Taino people, meaning “land of wood and water.”

In 1494 under Christopher Columbus, the Spaniards conquered Jamaica and renamed it Santiago. However, in 1655, the English captured Jamaica from Spain and made it a British colony.

Is jamaica a part of the United States?

No, Jamaica is not a part of the United States.

Although Jamaicans are citizens of their own country, some people mistakenly believe Jamaica is a U.S. territory.

This is likely due to the close relationship between the two countries, including shared values, culture, and economic ties. However, Jamaica is very much its own country, with its government, laws, and customs.

Is Jamaica a country?

Jamaica is a country that was once a British colony. However, Jamaica gained independence from England on August sixth, 1962, and became a member of the Commonwealth Realms.

Queen Elizabeth II is still the head of state; the governor-general is her representative on the island.

The prime minister is the leader of the majority party in Parliament and is responsible for appointing the Cabinet.

What is the capital of Jamaica?

Jamaica’s capital is Kingston, located on the island’s southeastern coast. The city was founded in 1692 by the British after the destruction of Port Royal.

Kingston became the capital in 1872, taking over from Spanish Town. It grew into a thriving metropolis with a population of over one million people.

The city is home to several cultural institutions, including the National Gallery of Jamaica and the Institute of Jamaica.

Kingston is also an important economic center, with a port that handles a large amount of cargo traffic.

Industries include tourism, manufacturing, and agriculture. In addition, the capital city of Jamaica is full of historical sites, natural beauty, and economic opportunities.

Jamaica’s government is a democratic parliamentary system based on the Westminster model, with a bicameral parliament composed of an elected House of Representatives and an appointed Senate.

The head of state is the monarch, currently Queen Elizabeth II. The head of government is the Prime Minister, appointed by the governor-general on the advice of Parliament.

Jamaica has predominantly been a two-party system since independence, with the Jamaica Labour Party and the People’s National Party alternating in power. However, third parties have become more significant in recent years, including the National Democratic Movement.

Jamaica is also a member of the Commonwealth of Nations, which helps to promote democracy and economic development throughout Jamaica.

The Jamaican diaspora is three times its home population’s size.

Jamaican communities in Canada, the United Kingdom, and the United States make up a significant portion of the diaspora.

The Jamaican people are a unique and vibrant culture with a rich history and traditions. Jamaicans are warm and friendly, and their infectious positive attitude is contagious.

The island of Jamaica is a beautiful tropical paradise with white sandy beaches, crystal clear waters, and lush green mountains. Jamaicans are proud of their heritage, and their culture reflects the diverse influences that have shaped the island.

Jamaican music is a lively blend of reggae, ska, and rocksteady, and the food is spicy and flavorful. Jamaica is also home to some of the best coffee in the world.

Famous Jamaican actors include Oliver Samuels, Audrey Reid, who appeared in the famous Jamaican film “The Harder They Come,”; and Denise Nicholas, who is known for her roles on American television shows like “Hill Street Blues” and “In the Heat of the Night.”

Jamaican has many well-known authors, such as Pamela Sterling, Patricia Punch, and Marlon James, who won the Man Booker Prize for his novel “A Brief History of Seven Killings.” But, as these famous Jamaicans attest, the island nation has much to offer.

Did you know that:

– The official name of Jamaica is the Commonwealth of Jamaica.

– Christopher Columbus discovered the island in 1494.

– It was colonized by the Spaniards, who named it Santiago.

– The English took over the island in 1655 and renamed it Jamaica.

– Jamaicans are a mix of African, European, East Indian, Chinese and Arab descent.

– There are more than 200 rivers on the island, but only 14 are navigable.

Jamaica is home to some of the best coffee in the world, with Blue Mountain Coffee being one of the most sought-after coffees.

Jamaica is the birthplace of reggae music, and Bob Marley is its most famous ambassador.

The island is also home to the world’s fastest man Usain Bolt.

Jamaica has won more Olympic medals per capita than any other country.

If you’re looking for an excellent and unique travel destination, look no further than Jamaica! This fascinating country is home to a rich culture and stunning landscapes. You’ll have an unforgettable experience in Jamaica, with plenty of things to see and do. Thanks for reading!