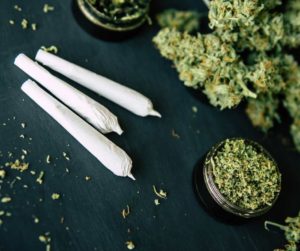 The Jamaican stereotype propagated in films, music, and ignorant people causes foreigners to have a myopic view of the island. In addition, social media accessibility and the need for likes and shares reinforce this distorted perception.

Jamaicans traveling or interacting with people from other countries misinformed about our culture must be the most chilled humans on the plannet. A patient and understanding person must listen to some of these crazy assumptions without getting upset.

Before you offend someone having a bad day and be at the receiving end of a few colorful island expletives, let’s clear up some untrue generalizations about Jamaicans.

If you listen to popular culture, you think everybody on the island smoke weed. It gets promotion in almost every reggae and dancehall song. Jamaica is the loudest voice for marijuana use through its music.

But that’s not the reality. Not everybody smokes herbs. It is illegal, and many citizens are serving time in prison. However, in 2015 it was decriminalized. A citizen caught with up to two ounces can pay of fine of JA$2,000. Above that, you can be arrested, taken before the court, and sent to prison.

The rules governing the religious use by the Rastafarian community are different. They are allowed to grow for sacraments in their ceremonies.

Although herb shops are popping up all over the island’s tourist areas, they are restricted. The customer must show proof from a medical practitioner that they need it for therapeutic purposes. Also, they can sign a voluntary declaration and pay the fee for the permit issued by jamaica’s ministry of health.

Marijuana smoking is viewed negatively by many Jamaicans—only 7.2 percent of the population use the drug based on studies in 2019—27th on the global list. Ice Land, Nigeria, the USA, and Canada are the top four countries.

Jamaican stereotypes that most citizens are Rastafarian or wear locks.

The image of Bob Marley and the Reggae superstars gives a false perception of the island’s population. So many people come to jamaica expecting rastas on every corner smoking herbs, but that’s not the case.

The Rastafarian community, although impactful, is a tiny percentage of the country. In 2018 there were an estimated 29,000 Rastas on the island. You will not find many rastas in the resort areas because most prefer the hills.

Although many people wear locks, they do not practice the Rastafarian religion.

Marketing strategies by tourist interest further reinforce the idea that a sizeable dreadlocks-wearing population is on the island. But, of course, they are just piggybacking the global reggae appeal, with rastas being the face of the music; this makes sense.

All Jamaicans listen to and love reggae.

The world knows that reggae is Jamaica’s music. But what surprises some people is that not everybody listens to or loves it. Jamaica is majority Christian, and reggae’s fundamental principles conflict with many Jamaican beliefs.

Reggae and Rastafarianism are intertwined; it’s hard to separate the two. Although peace, love, equal rights, and justice are at their core, the rejection of a Eurocentric ideal of the creator takes precedence—some worship an African God, Haile Selassie, who they see as the reincarnation of Jesus.

They see Christianity as the oppressor tool of brainwashing and control and view the pastors as agents of colonial power.

Their way of life also conflicts with the European ideal.

Some Jamaicans prefer dancehall music which is more uptempo and does not have a heavy religious influence.

Others listen to R&B, Hippo, or pop music from the USA. Some radio stations on the island play little or no reggae.

The Christian population listens to gospel music or gospel reggae, which is church influence lyrics with reggae or dancehall melody. Although reggae is popular many hear it only in public spaces.

The Jamaican stereotype of females performing sexual acrobatic moves is not the norm.

It was made popular by dancehall DVDs in the 90s. However, on social media, Jamaican stereotypes of females exaggerated gyration, and things that seem degrading to women are popular only in some circles.

It draws attention and creates excitement because the average female does not do that. Yes, we like to dance. Some cultures might find our style offensive or too sexual. Not everybody dances that way, and some Jamaicans share the same view.

So dont expect all Jamaican parties to be wild, and you can grind on random females without getting checked. What you see in videos only happens in the dancehall subculture.

All Jamaicans are fast.

Track and Field is unofficially Jamaica’s national sport. Everybody takes part at some level because we have organized Physical Education. Our track and field program is among the best in the world. So we can consistently produce world-class athletes.

It does mean that we have little Usain and Asfa running around the island. Not all of us are fast or run track.

Some people couldn’t beat a snail even if their life depended on it. Not everyone likes running or wants to be like Usain Bolt. Others invest their time and energy in academics, music, or other exciting things.

Jamaican is a small island; therefore, you know Usain Bolt and all the other celebrities.

No, I dont know Usain Bolt or Bob Marley and his children. Like you, I only see them on TV or attend their events. Jamaica is a small island, but everyone is not our neighbor.

I have never heard of or been to some places on the island. You cannot go everywhere on the island in a day. If you are in Kingston, you might not know anybody in Montego Bay or other parts of the country.

We know people in our circle and might be fortunate to meet these celebrate while shopping or going about our business.

Everybody on the island thinks they are a star just by being a Jamaica, so we don’t get too excited about seeing them. Celebrities move around without being bothered, just the occasional picture and greetings.

Jamaicans are so angry and aggressive.

Jamaicans are stereotyped as being too aggressive, which is not valid. On the contrary, we are assertive and confident. Knows what we want and tend to go after it. We dont take disrespect lightly and are not afraid to defend what we think is right.

Thats just a part of our culture; if you are timid and afraid, you will get pushed around.

Even the way we talk to each other, people who dont understand the culture might think that a fight is about to start. We are passionate, which comes out in the way we communicate. Whether playing dominos having a heated discussion about sports or politics, or just bantering, we get animated.

Jamaicans are homicidal maniacs who are quick to violence.

Jamaica has a crime problem, but not everybody is involved or supports criminality. A small section of the population is responsible for most violent crimes—gangs are the main contributor to the country’s high murder rate.

The rude boy culture featured in the dancehall culture and films is not the reality on the island. Most citizens are working people who hate negative Jamaican stereotypes glorified by segments of the population.

The ghetto experience heard in dancehall music does not represent the entire population. Jamaica is diverse with urban, rural, rich, and poor communities. Not everybody goes through the same struggles.

Many people first interact with the island through music; ghetto life, hardship, violence, and oppression are significant themes. Since many entertainers are from that environment, they talk about what they know, which is not the reality for most of the island’s inhabitants.

Some Jamaicans only hear about crime and violence on the news. To them, the sound of gunshots is alien. They only see police officers with guns, and sometimes that is rare.

When the elderly sick and die, or the occasional young person whose death they usually attribute to supernatural power, it is the only time there is death.

In recent years many Jamaicans have been linked to the lottery scam. An unfortunate situation occurred where the US media labeled this heartless activity the Jamaican Lottery Scam—putting a damper on the island’s already battered reputation.

Now foreigners have the false association of Jamaica with this illegal activity. The island did not start it, nor is it a significant player. This con is as old as the lottery.

Jamaican scammers are mainly from the north and western side of the island base and news reports and those sent to prison. Their lavish lifestyle in such a small space made them a standout. Some criminals are high school dropouts, owning multiple cars and huge mansions without a source of income.

Because the island is a popular destination associating Jamaica’s name with this illegal activity makes eye-catching headlines. Also, it forced the government to act because the perception was that they weren’t doing much.

The Jamaica scammer fleeced millions from Americans, but they are a drop in the grand scheme. Lottery scamming is an international crime; it is unfair for a small nation that’s not a significant player to be broad-brushed and labeled because of its visibility.

Cartoon or movies done by foreigners always use the Jamaican stereotype, dreadlocks wearing red, green, and gold, who smokes weed and say “yeh mon” or “irie” ninety percent of the time.

Trying to appreciate the culture by saying, “yeh mon” and “ire” sounds weird. We do appreciate your effort, but sometimes it comes off as mocking. If you are trying to speak the language, make sure you are genuine.

We dont say “yah mon”; it’s, “yeh man.” And we dont use those words all the time. Rasta mainly used the word ire, not the general population.

If you are greeting a Jamaican, use English words we understand perfectly. However, it might be challenging to comprehend some Jamaicans because they mix patios with English. Dont worry; you will get the context of what they are saying.

Check out to post to learn about frequently used Jamaican Patios phrases.

While some Jamaican stereotypes might apply to some people, it is not valid for most. Jamaica is a diverse country with people from many ethnicity and background. Not all of us have the same experiences. Therefore treat everyone you meet as an individual, and don’t make assumptions based on false generalizations.