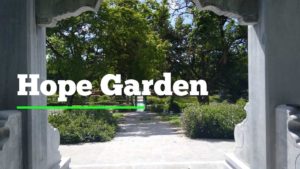 Hope Garden is the Largest park in Kingston, Jamaica, occupying over 200 arcs of land. It has a botanical garden and is the home of the Hope zoo. This massive recreational park is the venue for live shows, weddings, and other events. It’s an escape from the grit of Kingston City. A place to chill, study, bird-watching, exercise, or go on a romantic date.

I have fond memories of this place. Hanging out with friends, sitting alone on a park bench, enjoying the cool afternoon breeze reflecting. Spending time with that special person, chatting and strolling through beautiful gardens.

This property was once a part of the Hope Estate, which was given to Richard Hope, a commander in the British army that took control of Jamaica from the Spaniards in 1655.

In 1874, the Government of Jamaica bought 200 arcs of land from the Hope Estate to establish the Hope Botanical Garden. This has been the central botanical site for experimenting and teaching. The original purpose of the park remains, which also includes wildlife preservation.

The Jamaican Iguana, once considered extinct, was brought back from the brink of extinction by the effort of the Hope Zoo.

With its pristine lawns, beautiful gardens, exotic tree, and plants, Royal Hope Botanical Garden has been very popular among people living in the surrounding areas of Kingston and Saint Andrew. People also came to see Coconut Park and the Hope Zoo.

Coconut Park a theme park which started in the 1960s by two charity organizations, the Jamaica Association of Persons With Retardation and the Polio society. They started it to earn revenue for their organization.

This was a popular theme park. Schools had to make booking a year in advance to enter. Despite being very popular, it closed in 1997 because it was not making enough funds nor being maintained properly, so the rides became unsafe.

The Hope Zoo opened to the public in 1961. It is the main zoo on the island. Since 2011, work has been done to upgrade it to world-class standards.

The Hope Zoo is key in preserving native species such as the Jamaica Boa Snake and the Jamaican Iguana. The Jamaican Iguana was on the verge of extinction, but through the effort of Hope Zoo, the population has exploded so too have the chances of their survival.

They have tried to maintain and improve the condition at Hope Garden. There is renewed interest in this site. On any day, this park is flocked by people from all walks of life for many reasons.

Whether it be students looking for a quiet and relaxing place to study or nature lovers taking a stroll in the garden. Bird watchers looking at beautiful birds or fitness enthusiasts going for a jog. Lovers saying I do and creating beautiful memories or children playing. There is a space for everyone at Hope Garden.

On any day, you can find wedding ceremonies or newlyweds using the backdrop of the garden to take photos. If you are a wedding crasher, Hope Garden is a good place to be, especially during the holidays or on weekends.

Sections of the park.

This huge property has many sections. There is a place there to suit everyone’s needs. There are places for weddings, dinners, entertainment, small or large, meditation, picnic, and even a restaurant on the property that opens at night. Here are the most popular sections of the park.

The sunken garden is semi-enclosed, with beautiful flowers and plants intertwined to form a perfect enclosed space. The well-kept lawn and overgrown trees provide the perfect backdrop for wedding ceremonies, dinners,s or cocktail parties.

This is a fairly new space with benches and shade provided by the huge trees. Perfect place to sit and relax, meditate, read your favorite novel or write that term paper.

The Chinese Garden was a gift to Jamaica from the Peoples’s Republic of China to mark 42 years of diplomatic relations which began in 1972. This is one of the most well-kept gardens on the property. It features a pond, beautiful flowers, a stone walk, Chinese architecture, and the Imperial Garden.

The Imperial Garden replicates the Temple of Heaven in Beijing, China. This replica is in the middle of the Chinese Garden. It is the most beautiful structure on the entire property showcasing Ancient Chinese architecture, culture, philosophy, and mythology.

Since 2017 they have been trying to reestablish a theme park at Hope Garden. Fun Land has been trying to capture the former glory days of Coconut Park. This company has been operating temporarily since the summer of 2017. Since then, they have operated on holidays and on every two Saturdays of the month. Rides and attractions are nowhere near the levels of Coconut Park, but it is a start. Looking forward to the day when it will become a world-class theme park.

Since they have made 2011 great effort to revitalize the Hope Zoo. Under the management of the Guardsman Group, Hope Zoo is on its way to becoming a world-class attraction comparable to any in North America. They are not there yet, but they have made a significant improvement.

The Hope Zoo is well-kept. The walkway is paved, and beautiful flowers and trees are decorated everywhere. The animal display areas are clean, and signs give directions and information about the animals. There are several animals at the Hope Zoo.

The main attractions are the lion and lioness, the ostrich, the zebra, and the kangaroo. There are other popular animals, such as the talking parrot at the entrance and the other colorful birds along the walkway. Depending on what you are into, there is something for you to see. There is even a petting zoo that comes at an extra cost.

There are areas that host parties, weddings, and other functions. There is a snack area to sit and eat or relax.

If you want to visit the Zoo later in the afternoon, there is a restaurant that opens from 4 pm to 11 pm, Tuesday to Sunday. So you can have a late-night snack with the animals. (Chillings Restaurant and Bar).

Hope Garden is the largest recreational park in Kingston, Jamaica.

This 200-acre property offers a vast green space that is nowhere else in Kingston. Its many gardens and chill spots make it attractive to people from different backgrounds. The Hope Zoo, with its beautiful animals and well-kept lawns, is a standout. The reviving theme park and the many entertainment activities that take place regularly are additional reasons this park is so popular among Kingston’s residents.